An ongoing archaeological dig in Sudan has unearthed fascinating Nubian artifacts from sub-Saharan empires where women held power and prestige. The artifacts also contain remnants of the oldest-written black African language and present the first ever depictions of Egyptian deities with black African features. 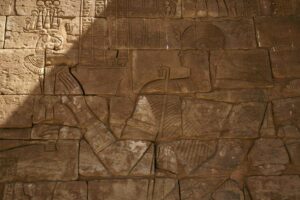 The artifacts were uncovered by a team led by researchers from the Centre National de la Recherche Scientifique and Sorbonne Université as part of the French Section of Sudan’s Directorate of Antiquities (SFDAS), which is co-funded by the CNRS and the Ministry for Europe and Foreign Affairs, a press release on the archaeological site said. The dig first started in 1963 and resumed in 2009. It is expected to continue until 2020.

The site, a necropolis dedicated to honoring the dead in contemporary Sudan, is located in an area known as Sedeinga, not far from the Nile’s western shore. The necropolis was once part of ancient Nubia, a region along the Nile and home to Africa’s earliest civilizations. The uncovered tombs are from Napata and Meroe, ancient African kingdoms also known as the kingdom of Kush, which thrived from the seventh century B.C. to the fourth century, Live Science reported.

The necropolis was built by the Napata kingdom in the seventh century B.C. and then was added to by the Meroitics five centuries later. Some of the most significant findings include tablets and tombs written in Meroitic, the earliest-known written language of sub-Saharan Africans. The language is still not completely understood, and the new texts may help expand our knowledge of this ancient and mysterious language. 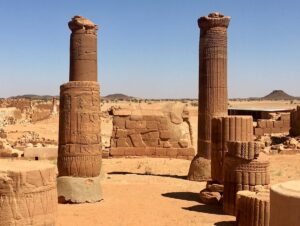 “While funerary texts [in Meroitic], with very few variations, are quite well known and can be almost completely translated, other categories of texts often remain obscure,” Vincent Francigny, an archaeologist with the SFDAS and co-director of the excavation, told Live Science. “In this context, every new text matters, as they can shed light on something new.”

In addition to the ancient text, the site revealed for the first time a depiction of the Egyptian goddess Maat showing distinctly African features. Other depictions of Egyptian goddesses suggest that women in ancient Nubian cultures were held in high esteem and that unlike the neighboring Egyptians, family ancestry was traced though the maternal line, not the paternal. While the artifacts clearly show that high-ranking women had power in these societies, it’s not clear if lower-ranking women were offered the same opportunities and respect.

Number of items in cart: 0